Promoting the Yoga Profession in Aotearoa

Yoga New Zealand is an association dedicated to the development, nurturing, and support of the yoga profession in Aotearoa.

Exercise New Zealand is not for profit with a mission to increase physical activity levels in Aotearoa through all modalities. It takes guidance from professional panels and councils including for yoga, the Yoga New Zealand Council.

The Council gives guidance on all matters appropriate to Yoga New Zealand. Its members meet regularly and are tasked with acting in the best interests of Yoga New Zealand and the Aotearoa yoga community.

The six members are: 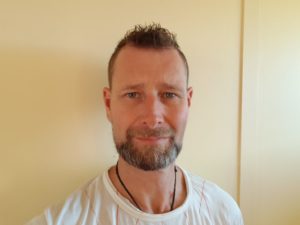 Chaitanya is the co-owner, founder and senior teacher at Kindred Studio Nelson, where he teaches weekly classes, practices therapeutic massage and created and leads their 200hr Teacher Training programs levels One and Two.

Specialising in applied anatomy (the anatomy of movement) myofascial release and articular mobilization as a bodyworker since 2001, he brings a great passion and understanding of anatomy, skeletal variation and how the body works to his classes, workshops and trainings. Combining this with thousands of hours of yoga teaching and study and 25 years of, intensive meditation practice with various Enlightened Masters, Chaitanya has a depth and broad and experiential knowledge base, which he loves to share with humour and compassion on and off the mat addressing all aspects of our existence, body, mind and soul.

He has presented at various conferences, festivals and teacher trainings around the country. Chaitanya and his wife Bex also run Evolve Festival, a biennial wellness event in the heart of Nelson dedicated to inspire, educate and transform individuals and communities.

As a member of the Yoga NZ Council, Chai is passionate in exploring the growth of yoga in Aotearoa in a sustainable way that serves us as a nation of students, teachers, trainers and business owners both nationally and within our own communities, staying with the philosophy and heritage of traditional yoga while embracing new models and research. 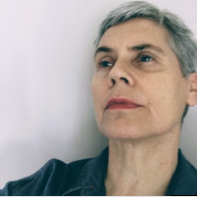 Felicity was drawn to teaching human movement as a communicative form through extensive practices in yoga, somatics and contemporary dance. She has taught yoga in Auckland New Zealand since 1990. To maintain ‘practice’ as the source of knowing the body, Felicity maintains yoga practice with Senior Iyengar teacher, Peter Thompson (Australia). She has taught yoga and somatics in many community studios and developed Anatomy & Physiology workshops for yoga teacher trainees.

Felicity is experienced in developing tertiary qualifications, bringing movement and communication literacy to practice-based education. She is a founding member of Unitec SPASA and developed curricula for yoga, somatics and dance teaching on undergraduate dance programmes at Unitec and Universities of Auckland, Otago, Waikato and AUT.

Since 2000, she has worked at the Westmere clinic (BodyStill) practicing remedial massage and teaching yoga one-on-ones for clients’ postural and therapeutic needs, including yoga for Olympic cyclists. In 2014, Felicity became Massage and Yoga Programme Leader/Education Advisor for Wellpark College of Natural Therapies. In this role, she established a founding relationship with the Yoga Therapy Global Consortium (2018) and Yoga Australia (Wellpark Advisory Board). She is currently the Academic Manager. 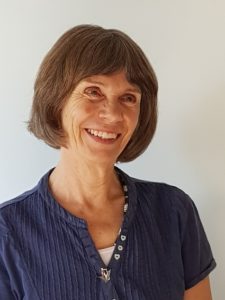 Based in Auckland, Heather is a yoga teacher, yoga therapist, mentor and trainer. She specialises in one to one teaching – especially for therapy needs. She also runs classes, workshops and training sessions. Her goal is to bring life to yoga for the enjoyment of practising as well as health and self-development benefits. Trained in the teachings of T. Krishnamacharya and T.K.V. Desikachar in the UK, India and Europe, she began teaching yoga in the 1990s. As her yoga therapy qualifications and practice developed she became an active member of the British Council for Yoga Therapy.

During 2010/2013 she was a Yoga Specific Board Member for the UK Complementary and Natural Healthcare Council. After moving with her husband to NZ she became, in 2016, a volunteer co-ordinator for Yoga New Zealand.

Heather is keen to promote easy access for all to yoga teaching as the benefits from appropriate yoga practice are more widely known. With yoga’s growing recognition comes a need for quality teacher training and ongoing teacher development, embracing the roots and source of yoga and taking into account modern-day uses and research. Exploring links with New Zealand’s Maori culture is key. The standards Yoga New Zealand has at its finger tips provide a great springboard for moving forward.

Teachers can sometimes feel ‘out on a limb’ and Heather’s vision includes a network of regional / local activities to bring teachers together – for interconnection, professional development, and to help shape the future as Yoga New Zealand grows. 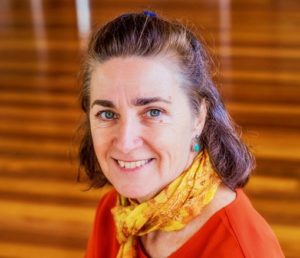 Since the early 1980’s Leanne has developed her interest in yoga into a career pathway through the study of Chinese Medicine and Ayurveda. After having a strong interest in yoga from a young age she undertook her first teacher training in 1988 with Sivananda Yoga and Vedanta Academy in India. Alongside a continuing personal practice in yoga, Leanne commenced her second teacher training in the tradition of Krishnamacharya in 1996. She is currently the founder of Viniyoga Australia, a yoga teacher, yoga teacher trainer, yoga therapist and Vedic chanting teacher based in Brisbane, Australia.

Leanne is honoured to have the opportunity to serve, along with the incredible team of committee members and office staff, as President of Yoga Australia and part of the Yoga New Zealand Council. Leanne also serves on the Certification Committee of the International Association of Yoga Therapy based in the USA.

She has great enthusiasm for contributing to the profession of yoga teaching and helping to foster the practice and understanding of yoga in our communities. She has a particular interest in preserving the authenticity of yoga from the cultural and textual roots of India while embracing the evolution of yoga into contemporary cultures.
Leanne became involved in helping to set standards and advocacy for yoga teachers in New Zealand in 2014 at the invitation of some of the local yoga teaching community. She considers it to be a great honour to be part of the development of the New Zealand yoga teaching profession by helping to implement existing standards of education while working with the yoga community to embed the Maori spiritual tradition and needs of the current culture into the vision of Yoga New Zealand. 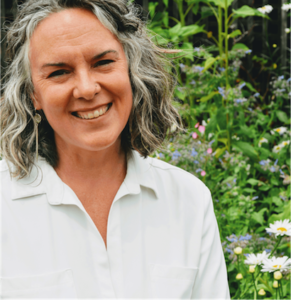 Christchurch based Founder of Courage My Love, Persephone began practicing yoga in 1996 and started teaching yoga in 2011. After major life changes came to pass immediately following the Christchurch earthquakes, Persephone brought what she knew about yoga to the public as she taught from her heart to ease the stress and trauma the people of Christchurch experienced.

In 2015 Persephone aligned her love for yoga with Exercise New Zealand and together they have supported the Yoga community with developing the Hauora Yoga Conference, Yoga New Zealand and The Mind Body Award for the NZ Exercise Industry Awards.

Persephone has a broad range of skills which she enjoys sharing through a variety of interests. She works with people by coordinating community-based projects within the non-profit and social enterprise sectors.

“I’m a heart centred entrepreneur who believes in strong relationships and harnessing the power of many as the foundation to making the world a better place. In balance with my business interests, I enjoy practicing and teaching yoga as a way of living a connected, happy and healthy life.” 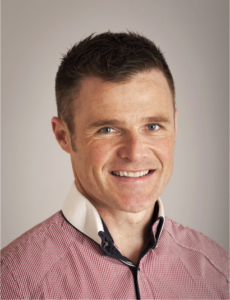 Richard speaks internationally on a range of business topics from exercise trends to sustainable business practices. His current role is CEO of ExerciseNZ where is actively involved in advocating for the collective exercise/movement industry, as well as supporting those that are involved in getting and keeping kiwis moving and physically active. Richard is also a member of the YogaNZ Council.